With the gluing technology, dents can often be removed more quickly and easily than it is possible with conventional tools. The great advantages of this technology are evident especially in places which are difficult or not accessible, like in the roof and side walls. Time-consuming disassembly work is generally eliminated. 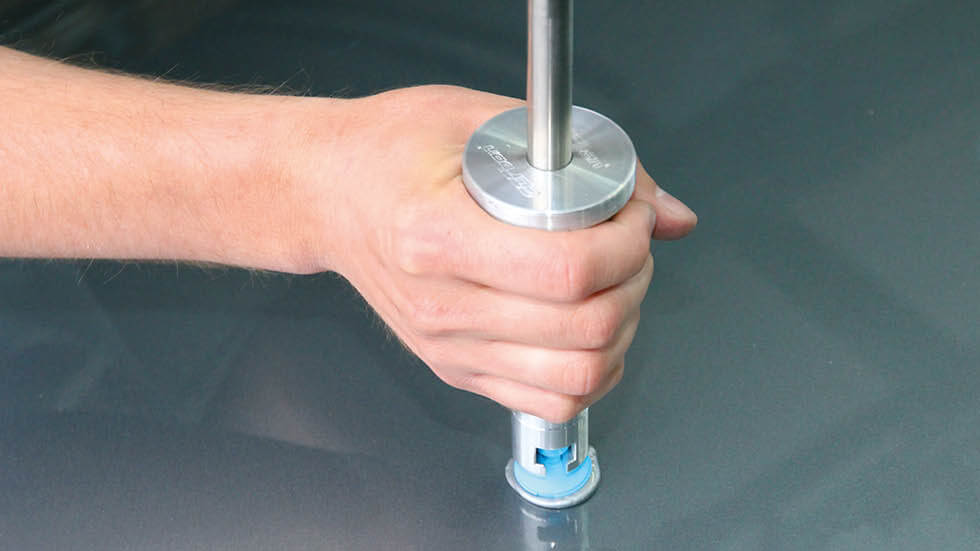 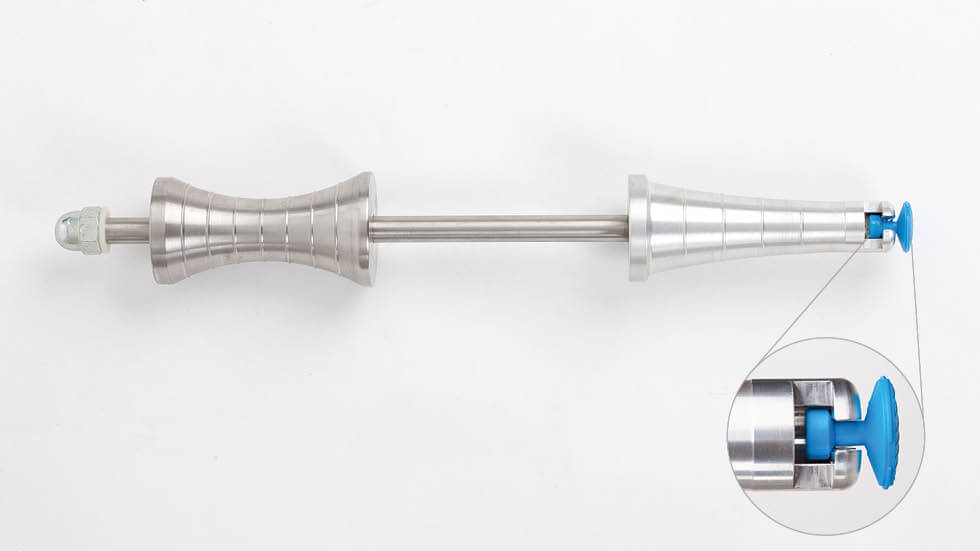 How the dent removal with the CARBON gluing technique works.

1. Clean the damage point with the CARBON special cleaner. Only in this way can the gluing pad adhere perfectly to the paint without damaging it during pulling off.

2. The Gluematic glue gun is used to apply highly viscous special glue to the gluing pads. Depending on the size and type of the dent, use one of the five different pad types.

4. After cooling, pull the gluing pad with the dent puller with a quick jerk from the dent. The process is repeated one or more times depending on the material and the dent character.

5. Remaining residual stresses in the material are solved with teflon striking tools. 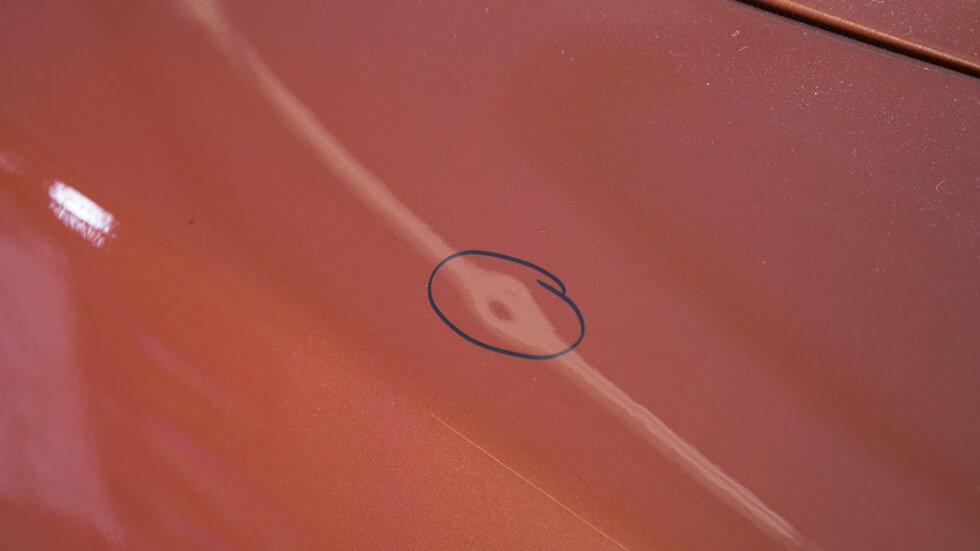 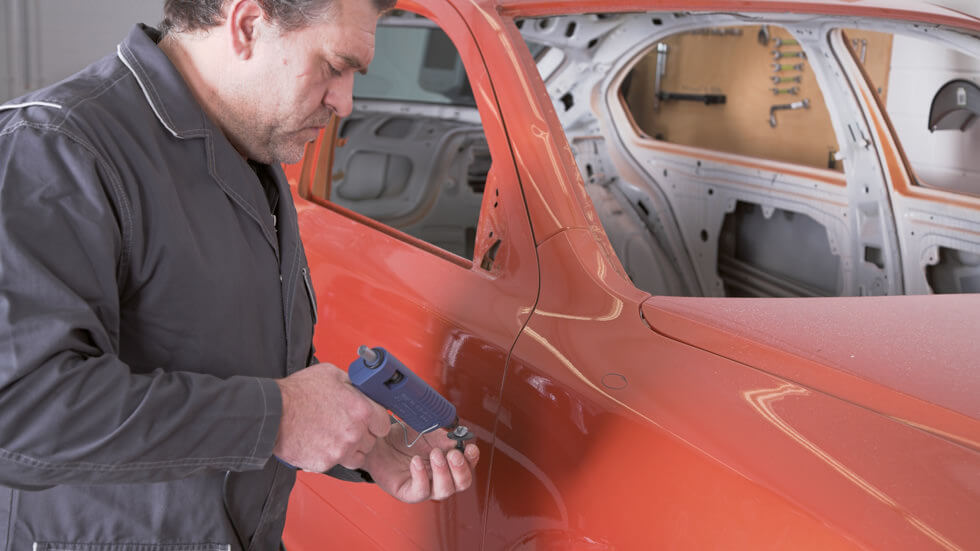 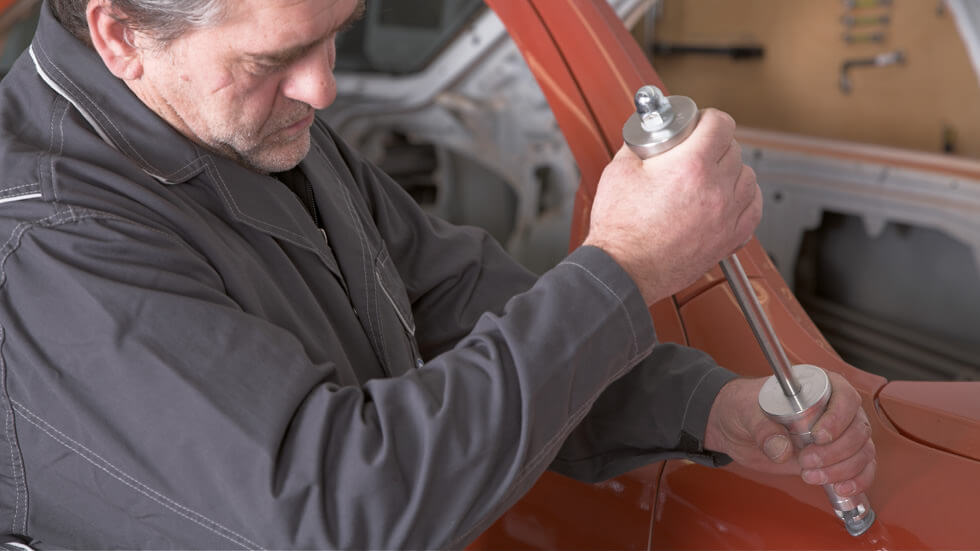 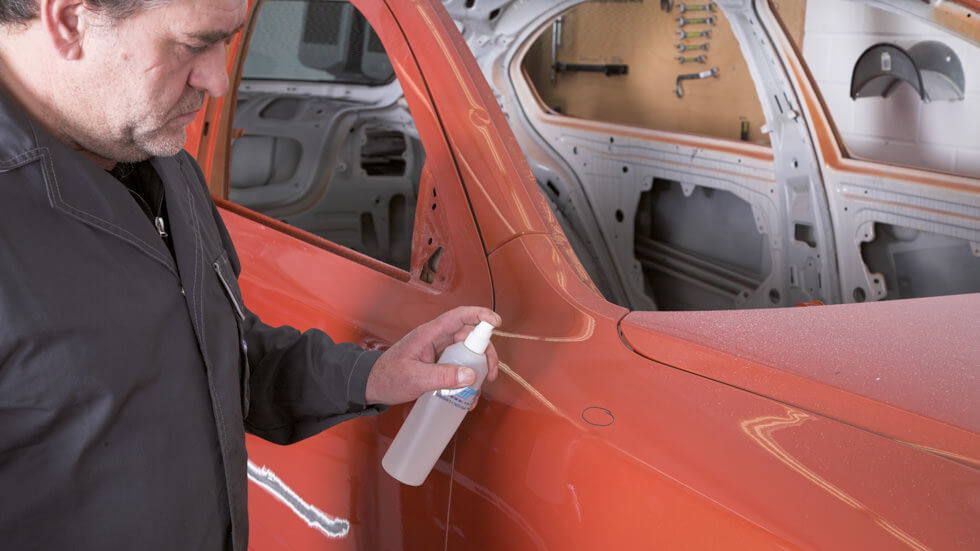 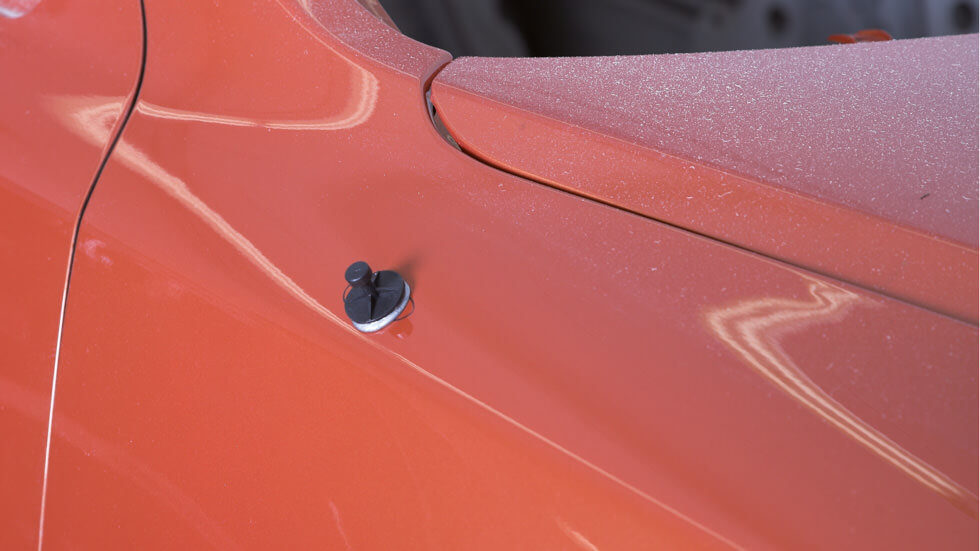 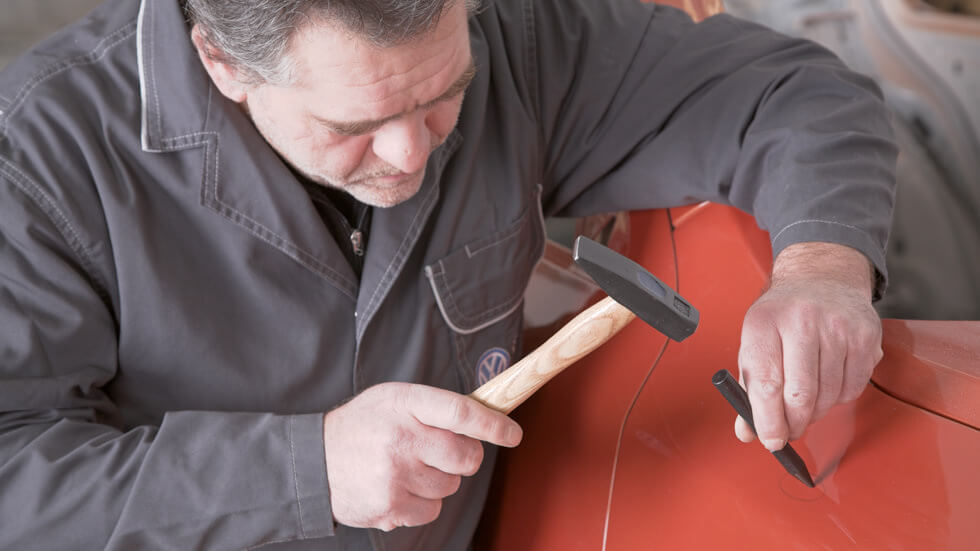 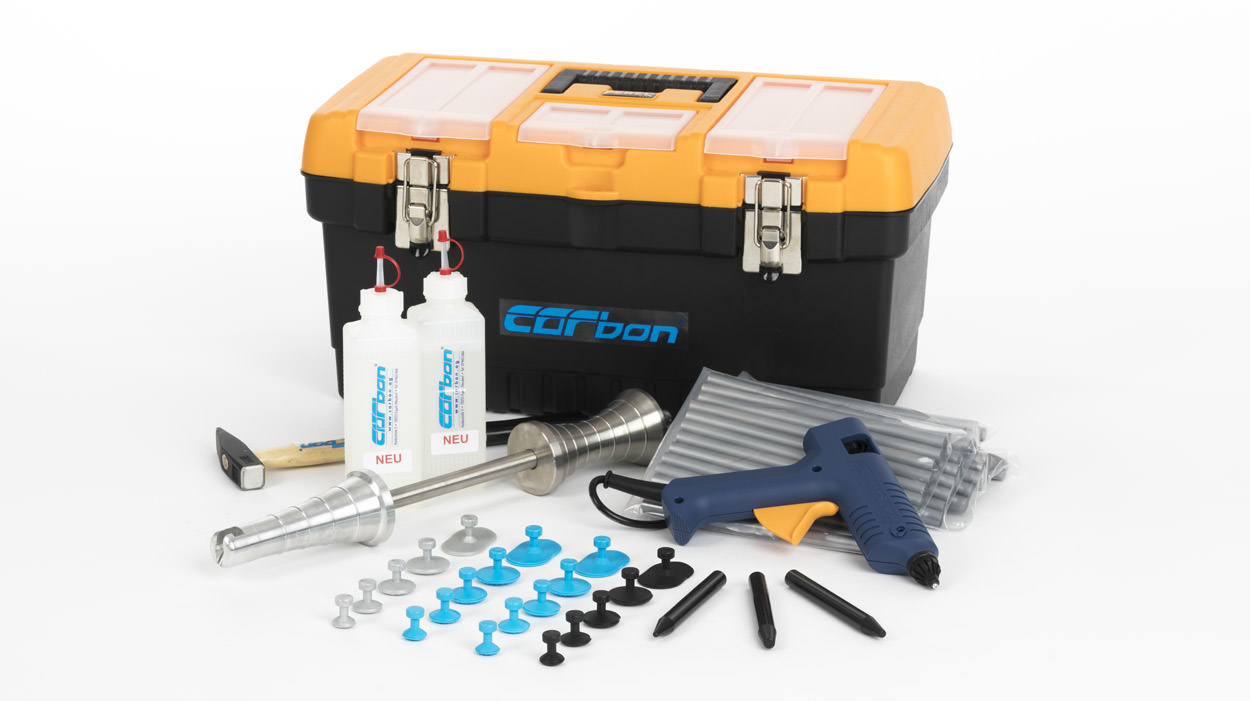